Horoscope for April 2015 for Gemini 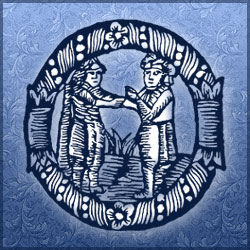 In April 2015, the people born under the sign of Gemini will think that they are in a labyrinth. You will have to stray into the world of illogical behavior of other people and obscure allusions of your own changeable moods. You're not happy with this behavior, reproaching yourself and others for incontinence and irritability. The fact is that if a representative of the Air element is experiencing the feeling of inner restlessness, then instead of understanding the true reasons, he will prefer to expel the negativity upon relatives and friends. For this reason, in the middle of spring the Gemini family will create many insults and claims. This is the case when the Sun is too warm and the Water is too thin and the birds are singing too loudly. You will become a virtuoso at finding something to complain about, something different disturbing you at every turn. This will, certainly, act as drops of sulphuric acid on the brains of people around you. Despite the fact that the transfer of negative emotions is the easiest way to get rid of them, try not to broadcast your inner dissonance to the outside world. Otherwise the backlash will bring you many additionally unpleasant moments.

The Horoscope advises the Gemini to lead a calm lifestyle in mid-spring, without rushing into adventure and setting aside a treasure hunt for better times. If you decide to go on the offensive, then, like a fly caught in the web of life, you will become an easy prey to evil, carnivorous creatures. Children of the Air prefer not to bother with intrigues and prefer to solve the problem with a straight, swift blow. However, remember that when cutting the Gordian knot, you can accidentally cut the wrong wire and blow up your own hopes and prospects. This month the Gemini will not be very advanced in romantic courtship, because the representatives of this zodiac sign will have many questions and no answers - in the best traditions of Hamlet. It is difficult to make a choice and to build a strong relationship, especially if for the entire time you are wondering who is sitting next to you: the fairy-tale Cinderella or her evil older sister. If you do not want to sleep on the beans in late April, then a cautious approach to the choice of a life partner is recommended. Even love at first sight, breathing in unison and infatuation are not a guarantee that the surging emotions will be present forever. Do not make hasty conclusions and just live to the fullest, guided by the rule "if you do not eat, you will be eaten". Pick the choicest pieces. Remember that you exist in the current world, so you need to enjoy the moment, savoring every breath of the fresh air.

In April 2015, the Gemini will seek freedom and escape from the world of the close-minded office framework and a clear hierarchy of subordination. If you notice that your colleagues began to act endlessly rude, aggressively promote their ideas and take any remark with hostility, then, most likely, they belong to this zodiac sign. Even a light touch of the representatives of the Air element will be interpreted as an attack on privacy and an illegal seizure of territory. In order to prove to yourself and to others your independence from the outside world, you will begin to live by your own rules in your own isolated space. But fate does not love those who go against it, so in mid-spring she will blow against those who bury themselves and hermits. If the Gemini have enough experience and wisdom to recognize their own mistakes in behavior and change their strategy, they will cross the month without any major crashes and mishaps. Bated at the time in the quietest part of the office enjoy a routine of chores, leaving the turmoil of the revolution and the thought of solitude for later. Now is not the time to review your life and make global decisions, because the ratio of clever ideas to stupid things in the end will not be in favor of the former. People who decide that their current job is not the one they can love, appreciate and respect, are unlikely to benefit from their own dismissal. The new employer may be even more moronic, and colleagues - even more bitchy. If you do not want to try on a hat of the jester instead of the crown of the king, then do not jump to conclusions and do not act at the peak of emotion. Remember that no one is safe from making errors, because sometimes we just have to admit to making mistakes and doing stupid things. Do not be strict when judging those who stumbled and do not scourge others when things get out of control. Otherwise the stars will make you pay. In April, the Horoscope advises the Gemini to perform self-improvement, no matter in which direction the development will take you: spiritual or professional. New knowledge and skills will help you understand and love yourself. This spring, grow your prospects, get new and old friends, and establish permanent relationships!