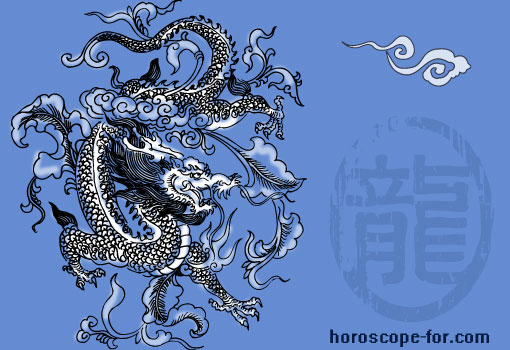 The Chinese Zodiac signs, which are known as Sheng Xiao in Chinese, are focused around a 12 year cycle. Every year in that cycle relates to a specific animal sign. The 12 Chinese horoscope years are: Rat, Ox, Tiger, Rabbit, Dragon, Snake, Horse, Sheep, Monkey, Rooster, Dog, and Pig. The Chinese horoscope is calculated using a Chinese calendar.

The Beginnings of the Chinese Horoscope Zodiac Signs
The method of calculating the Chinese horoscope came from the Han Dynasty, which existed from 206-220. Each year is based on a particular animal, and the animal that depicts that year has certain traits. People born in specific Chinese horoscope years will have the same traits as the animal that represents their year.

The Chinese horoscope is all centered around the number 12. One ji has 12 years, 1 year has 12 months, a day has 12 time periods, which are called shi chen. The people of the Han dynasty realized that there were 12 full moons every year. As a result, the origins of the Chinese horoscope Zodiac signs had everything to do with astronomy.

In addition to the 12 signs, each person is also associated with a particular earthly branch. The names of each animal with their earthly branch are as follows: zi rabbit, chou ox, yin tiger, mao rabbit, chen dragon, si snack, wu horse, wei sheep, shen monkey, you rooster, xu dog, and hai pig.

The Importance of the Year of Birth
The animal associated with each Chinese horoscope year is called the person's Benming Nian, which translates literally to "year of birth." The way the ancient Chinese figured out the Chinese horoscope Zodiac signs was by calculating the years based on the Chinese calendar. When following this math, each person will meet the year of their sign every 12 years.

Per Chinese Solar Terms, the first day of Spring is the first solar term and is the beginning of the Chinese New Year. As a result, the years associated with Chinese Zodiac signs don't start on January 1st as they would on a Western calendar. Instead, they begin on the first day of spring. This Chinese New Year's Day is frequently adopted as the division between one animal year and another.

A common Chinese belief is that during the year of one's birth, a person offends Taisui, which is a mysterious power and celestial body that is in charge of people's fortunes. During that birth year, a person is either overjoyed with good luck or deals with countless miseries. There are numerous ways to avoid misery, such as wearing red in clothing and in decorations.

11 PM to 1 AM - Rat or zi shi: The rat typically searches for food during these hours, and so these are the hours associated with the rat.

3 AM to 5 AM - Tiger or yin shi: A tiger hunts and preys during this time.

5 AM to 7 AM - Rabbit or mao shi: An ancient Chinese tale tells the story of a jade rabbit who spent time on the moon in the early hours, pulverizing herbs with a pestle.

7 AM to 9 AM - Dragon or chen shi: The Chinese horoscope Zodiac signs show that dragons hover in the sky during these hours to give people rain.

9 AM to 11 AM - Snake or si shi: During these early hours, snakes begin to leave their burrows.

11 AM to 1 PM - Horse or wu shi: These are the hours with the sun highest above, and while other animals are resting the horse is still working hard.

1 PM to 3 PM - Sheep or wei shi: If the Chinese horoscope years of the Sheep eat grass during this time, then they will grow stronger.

3 PM to 5 PM - Monkey or shen shi: During these hours, monkeys become lively.

5 PM to 7 PM - Rooster or you shi: It's getting dark and Roosters return to their roosts.