Horoscope for April 2015 for Capricorn 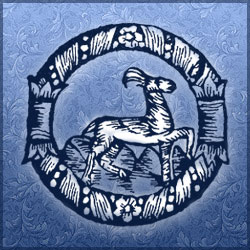 In April 2015, the body of Capricorn will take only 1 drug: human admiration. Best decoration for a representative of this zodiac sign will be a laurel wreath and the best music they will implicitly recognize is the enthusiastic applause of an audience. It will be important for you to know that you are the best, the most competent and witty, and the men that doubt these truisms are really angry and envious. The desire to create an image of a Superman, strong and beautiful, can push you to the overestimation of your own achievements and to inventing non-existent triumphs. The Horoscope advises his proteges not to inflate their own popularity like a balloon, because no matter how beautiful it may be and no matter how high it soared - a balloon will easily burst from a single touch of a needle.

In mid-spring, life will douse Capricorns with a stream of icy water, causing them wake up, buckle up and take action. It is time to stop being nostalgic about the past and endlessly going over precious memories in your head, because the memory will not lead us to new victories and will not help us find new happiness. Maybe sometimes the receptions of the Universe will be tough and cruel, like surgery without anesthesia. Capricorns will face betrayal of those that are close and realize that what they are pulling out of their back is not a knife, but an axe. Yet, having survived an attack of acute pain and despair, they will realize that it is better to know the diagnosis and find the right cure, than consider yourself healthy and lay in bed until it is too late. The Horoscope cannot suggest how you should carry yourself in any particular case, because everything has to be decided by your heart. If you find the strength to forgive the repentant then do it, but remember that there is no half-forgiveness and pullovers. Subsequently, do not hassle those whom you forgave with suspicion of guilt and do not torment them with distrust, otherwise your forgiveness will not be noble at all.

In family matters, the Capricorn will be collected, cool and determined in April 2015. They will be ready to take care of those who are dear to them. They will gather all their relatives and friends in an impregnable fortress, lock the door and throw away the key into a ditch, as they stand next to the impenetrable wall as an honor guard. You want to protect your family from all evils and go to great lengths to do so. However, excessive despotism may displease the household. Learn to recognize your own mistakes and shortcomings, taking steps to fix what was spoiled. If your home is filled entirely by gloomy, silent people, then think, maybe the problem is you?

This month the Capricorns will have to walk through a minefield, where every misstep threatens to leave the man without arms and legs, or even without a head. The same violence will be done upon you by your boss if you flunk the most important project, the profitability of which affects the entire team's bonus. You are now under the universe's magnifying glass, so try to be impeccable. Although demanding excessive labor enthusiasm from Capricorn in April is the height of optimism, because currently a representative of this zodiac sign will be able to return to work only through the tremendous efforts on the part of their brain and sense of responsibility. Even during the working day your thoughts will soar far away and your social network page will continue to be replenished by sweetly pictures of cats, birds, and fish. The Horoscope warns that if Capricorns succumb to a spring of relaxation and freedom of spirit, the remainder of the year will be spent disentangling the results of the month's idleness. Think about whether you want your careless attitude to official duties destroy your gained credibility and reduce your Level in the challenging game called career. Those people who set a clear goal this month, instead of putting on their good luck charm and waiting for opportunities to rain upon them from the sky, should begin to work on a dream far ahead. Do not be afraid, even if your desire is global, there are obstacles at every step, and the number of enemies resembles Hitler's army. Those who believe in themselves and know how to work hard will find that nothing is impossible. In April 2015 do not be afraid of gossip, or hardships, or the envious and then miracles will happen in your life without any participation of the fairy godmother!