Horoscope for July 2015 for Libra 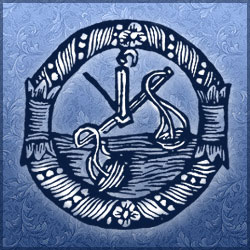 In July 2015, the Horoscope gives people born under the sign of Libra the official permission to work less and relax more. The fact is that we have accumulated fatigue over the previous months, enough for hysteria to detonate on one fine day. So now it is vital to relieve tension and reserve some powers for several months ahead. People who do not follow this advice, will face health problems in the middle of the summer and spend considerably on doctors and medicines. Do not blame the opened ailments on bad ecology or genetics, as indeed all the troubles are rooted in nervous exhaustion. We cannot always operate smoothly and, in fact, even robots have a shelf life, to say nothing of such a vulnerable and a tender system as a person.

In mid-summer, the naughty Cupid will be configured exceptionally favorable to Libra, putting his amorous arrows in piles at their feet. If a representative of this lucky zodiac sign did not achieve reciprocity in the previous months, he has a chance to break the jackpot in love roulette. Do not be afraid to attack the human heart, take away the soul's choices for yourself and drown in a whirlpool of feelings, because pure, untainted happiness is given to us too rarely, so it will be a great folly to exchange it for sitting in the office. The bright and creative Libra will make the process of courtship an enchanting and a memorable escape from the tiresome days and thus will show his or her loved one the entire depth of the feeling and seriousness of purpose. If after 40-50 years, a pensioner will be sitting on the bench and will be discussing various suitors they had in their life, the first in the ranking will necessarily be a Libra. That is because they simply cannot forget then, even if between past and present they lived with completely different people for many years. Despite the newfound popularity in July 2015, you will not waste your time on the romances by-night, knowing that it is stupid to exchange large bills on a handful of sticky stuff. The Libra wants a serious relationship, which in future years will turn into a cloudless family life with its small joys and sorrows, trips to the country and joint tracking of pension reforms. Wishing to win the heart of Libra, you will have to demonstrate the ability to not interfere with varying degrees of alcohol and rip the party at the club until the morning, as well as have a community of interests and a rich inner world. A representative of this zodiac sign awaits for an expensive gift from fate, but do not think that is enough to wrap an empty box in a bright wrapper, tie a beautiful bow, and the trick is done! Libras will necessarily look inside and if the content will be cheap and faded, they will leave the gift dispassionately trailing by the side.

In July 2015, the Libra will be too expressive and emotional. It all depends on where the polarity of this month will take your character - negative or positive. People who have found their place in life will become even more open, confident and friendly, and they will generate a force field that is going to attract colleagues and clients like magnet. You can build a strong team of professionals who are tough enough to crack a nut of any strength and overcome the fortitude of any castle. In mid-summer, Libras will spend lots of time and effort to help their weaker comrades, because they just cannot pass by someone else's problem, if its owner frantically signaled for help. However, there is a dark side to the current situation. If you are unhappy with your life and do not feel job satisfaction, then in July you will become unnecessarily cutting and intolerant towards others. Libras will resemble a raw nerve, which can equally well capture human emanations and rush to their rescue, or overreact to even the weakest push the outside world. Even an innocent remark will cause a resound wave of resentment and anger in the soul of representatives of this zodiac sign, which, clenching his fists, will throw them at the offender to defend his good name. The Horoscope advises his wards to restrain their feelings and emotions, not ascribing meanings to those phrases that mean nothing. What now seems to be the elephant in the eyes of other people is not even a fly, so do not put your own "I" in the center of the planet. In July 2015, Libra is waiting for the fight between good and evil and the battleground will be their own soul, so do not be mistaken with a choice of the side!