Horoscope for October 2015 for Aquarius 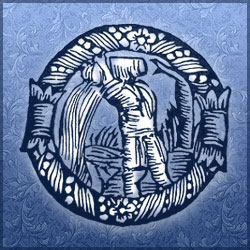 In October 2015, the Aquarians will gush with positive emotions and increased friendliness, but not all of the zodiac signs will appreciate it. The fact is that people have long pitched their friends to two separate categories: the inner circle and distant surroundings, so those who are trying to break through from the second to the first are naturally viewed with suspicion. Aquarius will desperately want to make friends with every person they meet and this is not due to a desire guided by some selfish motives or far-reaching plans. It is just that the children of Air will find live communication to be as necessary as oxygen in the middle of fall. You might find it to be perfectly normal to approach friends in cafes, slap them on the shoulder, to inquire how they are doing, while proceeding to sit down at the table to join their company. The Aquarius sincerely does not understand why some of surrounding people stunned by his behavior, while the friend themselves has a sour expression on his face, as if he just had a lemon jammed half down his throat and did not wash it down with a shot of tequila. The Horoscope advises all supporters of the unlimited communication mode to slow down in October and limit contact with unfamiliar friends. What seems natural to you, can look as tactless persistence. Nobody argues that any company only wins from your added presence, but sometimes try to put yourself in the place of others. Perhaps female colleagues gathered close by to gossip around the office and to do so in your presence is uncomfortable to them, so they will be forced to keep the conversation on neutral and boring topics. Or your friend recently buried his hamster and now celebrates 40 days after burial with his supporters (current members of the club of hamster breeders). In general, do not get involved in the communities in which you are not called for, then the title of the most annoying person in the universe will go to someone else (although it is likely to be your colleague in the same sign of the zodiac).

In love, in the coming period the Aquarius will get a fabulous drive. Perhaps Cupid, going on a hunt for the heart of Aquarius, forgot to take his bow and arrows, and grabbed a rapid-fire machine gun. Be that as it may, you will not experience a lack of a partner in October (the Horoscope even predicts some excess). Aquarians themselves will fall in love unexpectedly and at first sight, and will then genuinely suffer if they do not get an immediate response to their feelings. Try not to rush your loved one with the decision, because your plan type of "met today - tomorrow gather the folks, and the day after we going to marry" really takes aback the rest of the zodiac signs. Even if your soul is filled with nightingales and roar of fireworks, keep external equanimity, because on the first date people want to see adequate human in front of them and not a patient from the psychiatric department. The excess of passion and expression may deter your potential lover, so keep yourself in check.

In business matters, Aquarius will want only two outcomes in October 2015: either be a winner or a judge. You are not to be defeated and from your point of view even a noble silver medal will not mean that you are ahead of a bunch of opponents, but the fact is that someone beat you. However, the excitement of the chase will give the gray weekday some bright colors, so that obstacles and enemies will only feast on your interest. The best way to charge up an Aquarius is to lock some materials in a fireproof safe and publicly declare that the most important project of the year will go to another employee. I assure you, the classic representative of this zodiac sign will not tolerate such neglect and will break into the vault to prove his own competence before boss and take the job themselves. Poor thing: achieving the desired, you will quickly lose interest in the matter and strive at the first opportunity to shove the burden onto the shoulders of assistants. The Horoscope advises the Aquarius to work on this trait in October 2015, because it significantly undermines their credibility and prevents their successful career. Yes, things are boring, routine, complicated by hysterical clients or prolonged periods, but if you volunteered to become a performer, then, given the obligation fulfill it on time and with due diligence. Never put your name under poorly executed tasks and never perform tasks so that you will be ashamed to put your name under!