Horoscope for August 2015 for Sagittarius 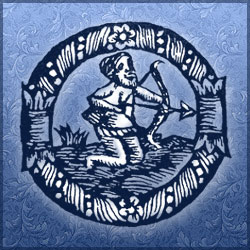 In August 2015, many Sagittarians will resemble a sunken treasure, precious, beautiful, but hidden from the eyes by a layer of ocean Water. The representatives of this zodiac sign will spend lots of time on self-knowledge and self-improvement. Meditation, new books and training courses - it's your skate for the next month. However, Sagittarians will focus only on internal improvements, completely ignoring external. For children of Fire, it is important to reach harmony and balance between the visible and invisible, so that a change of image will not take long! This does not mean that at the end of the summer you will be happily content that there are only two extremes of human nature: beautiful personality in all respects and disgusting as a person in all ways. In August, Sagittarians will constantly strive to become better, more beautiful, more interesting and more intelligent, so that our world is filled up with good people. For all its thrust to communicate, some representatives of this zodiac sign will be closed and sealed, contrary to all logic. The Horoscope advises you to violently crack the nest of shyness in your head, or the surrounding people will not even know what a treasure lives near them. What sense does it make to take a midday walk around the mall, choosing underwear, if only a cat sees it during the one time fitting at home, while all the rest of the time it will be set pretty on the shelf to gather dust? Of course, we can assume that you are very altruistic and shop solely to please the owners of the shopping outlets, but that's not so bad, right? Be more often in the company of people who are close to you in spirit and share your views on life, so that all of the efforts on self-improvement are not wasted this month.

In love, Sagittarius will take on the role of fairy princess in August, that is, sit at the window of the castle, and wait until a visiting prince saves them from boredom and discouragement. The Horoscope advises his proteges not to give all of their cards to the hands of fate and still make at least a little effort in building their own happiness. No, we do not invite the representatives of this zodiac sign to rush into burning huts and stop the galloping horses, but active communication with cute personalities is included in the compulsory program! Do not deny your friends when they once again decide to pull you to a movie or a club and then introduce you to the appropriate person. Generally, the people close to you will be the driving force this month that pulls you to the happy future and career achievements. "Do not have$ 100, but have a 100 friends" - this saying is now more relevant than ever for the Sagittarius. Those children of Fire that followed the advice of our Horoscope, have a chance to meet the end of the summer on the arm of a lover, the person meeting whom they always dreamed of.

In August 2015, softness and pliability will be bad assistants in promoting you on the career ladder. Now is the moment when you need to bang your fist on the table and loudly declare who is the boss, and in the project - who is the leader. Colleagues will remind you of unruly kids at the end of the summer, who carry apples from another's garden with ineradicable tenacity, though the fruits themselves look like they deserve to be taken away by the garbage vans. Sagittarius will have to assume the role of an evil guard (or his dog), and begin to drive trespassers away from their possessions, or the end of the month to on the branches of this zodiac sign will hang only pitiful scraps. Do not be afraid to express your opinion, even when it is contrary to the opinion of the majority. You admit the thought that your IQ is higher than in large parts of humanity, so why not assume that a large part of the team is wrong and you are right? If Sagittarius perseveres, displays firmness and determination in lobbying, it is likely that he will be able to celebrate the completion of their tasks. However, do not confuse confidence with arrogance and the ability to achieve these goals with unscrupulousness. This month Sagittarius can engage only in those games, the rules of which they understood. Luck awaits children of Fire in those areas where their expertise is of no doubt and they are above the skepticism of snickers, causing reverential trembling. In tasks be as steady as a rock and in communion be as flexible as a blade of grass, and then in August 2015, tailwind will fill your sails rushing you forward!