Horoscope for August 2015 for Leo 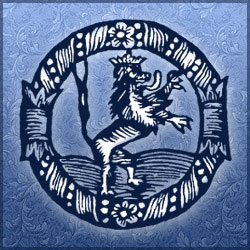 In August 2015, for the people born under the sign of Leo and running on the roads of life, it will be often unclear whether they are racing for the coveted prey or chasing their own tail. Not surprisingly, by the end of the month the king of the beasts will be out of steam and tired, but the miles of paths left behind will not pass for nothing, giving the predator strength, endurance and invaluable experience.

In family relationships, the Leos can be overtaken by the routine and boredom. It will seem that every day is more and more commonplace and eats into your life, completely killing the shining feelings towards your partner. When the representative of a strong sign of the zodiac knows that after Friday comes Saturday, football on TV will change the trip to the country to his mother, and dinner will have mandatory cutlets, life loses its meaning for them in every kind of way. In love there are no more mysteries, no intrigue, and hence no tantalizing desire to learn, explore and reflect. Romance is then like an open island that a pioneer has already crawled up and down, mapped all the features of relief and gave names to objects that are particularly outstanding in the natural landscape. It will seem, that you can only raise the sails and go into the unknown new white spot on the map, but in August the Horoscope warns the Leos from taking so rash of a step. Understand that you cannot always wait for cakes and sweets from the universe, as in ordinary life we eat soup and hated vegetables, because they allow us to maintain health. You have built a solid house, inhabit and decorate it, and now you are ready to throw away a structure in which you invested a part of your soul? Just because you like the astray buildings on the next street? Appreciate your efforts and do not scatter them, do not reduce a fortress to zero, because at one point there will be no more effort or materials to complete the renewed construction.

The Horoscope advises the lone Leos to search for their soul mate in new places and among new people. In August 2015, take a vacation and buy a ticket to a country that you have never been to, then you will open yourself up to new experiences. The heart could fly into an unexpected love! Perhaps the choice of Leo will not be ready to immediately respond to his ardent feelings, preferring to keep the king of beasts in a state of uncertainty. Do not go out of yourself and do not grab the throat of the offender, trying to shake violently from them a positive answer, because none of us do like the serious violence. If when you prompted your passion to agree to love till death you hear laughter and jokes, then you raised the future together as a serious subject too early. Put away the long-term plans, allowing yourselves to enjoy the present moment and the proximity of a loved one. What's the difference when you partner recognizes the center of their universe, now or in six months, after all the final march by Mendelssohn and the wedding rings will remain the same. Those Leos who ignore the advice of the Horoscope and show persistence in impermissible ways, risk being left alone. In life, you need to possess not only lightning attack tactics, but also the ability to track and tame prey, think about it, when once again are going to hunt.

In August 2015, minor troubles will begin to crumble down at the Leos, like peas from a leaking bag. If the bird will fly over the crowd of people, it will feel an urge to defecate just above the royal representative of this zodiac sign, and if the department printer fails, it will happen right in the holiday period before an important production meeting. In this situation, there are two options of behavior: you can get angry and growl at others, cursing human laziness and your own karma, or you can be discharged to the side and watch the unfolding events with the philosophical calmness of a stranger. The second option will save many nerve cells and will allow the Leos to not lose the good relations with colleagues. Just imagine that a major nuisance is now fragmented into many small parts to endlessly annoy you. No matter what you had won, it is far easier to endure a series of weak baby punches, than get one hook straight in the jaw from a professional boxer. If the king of beasts will not lose self-control, then by the end of the month he will boast an enviable booty before the less fortunate competitors. The Horoscope advises the Leos to be hardworking and optimistic, while also promising an increase in salary or a cash prize, while a donut hole will go to the lazy and depressed. In August 2015, to succeed you just need to believe that all the failures are in your past and a great and deserved happiness is already on your doorstep!