Horoscope for April 2013 for Pisces 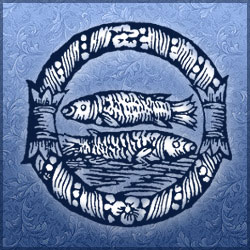 Pisces you are usually so gentle and accommodating. When someone makes you angry you just hold it inside. That is a good thing when your boss makes you so mad in early April 2013 that you want to just stand and scream. You have been asked to work harder and later and accept more responsibilities with no extra pay. Not fair! Try not to shut down and being angry, listen to your intuition and discuss calmly with your supervisor the situation at your home. You need to compromise and you do need compensation. Explain that you cannot increase you commitment without compensation. If you are polite things may work out.

Begin to start a new exercise regime. Take care of your body and your mind. Try something new but find someone who can help you though the techniques. Maybe yoga?

Take a stroll through the mall in April 2013 and see that there is someone you once knew. It is an ex who is so appealing that you want them back instantly. You will sit down and talk and it will be good. Do make a list of all the problems in your relationship before committing to going back. There is a reason you broke up.

Stop watching television in late April 2013 and take hold of you creative side. You need to stop procrastinating on projects that need to be done right now. Stand in a dark room and vent if you must.

Do not be tormented by compassion for those who have less than you, but offer to do something and then do it. Go to a soup kitchen and feed those who are less fortunate than you. Do something inspirational.

Travel may be in your forecast this month, Pisces. You will find that the lunar energy in the eclipse enlightens you to want to run away with joy and just have a good time. Attend a seminar concerning your career - that is excitement enough.

Communication is key this month as Mercury is in your sign until the12th. You will need to talk to your relationship partner candidly and tune in to someone else's viewpoint. You may be handed an extra helping of charm to your words and if you are single, you may meet someone fascinating.

The10th of April 2013 is the New Moon in Aries and you will have the potential to boost your income. A small windfall might come your way and as lunar energy merges with Venus and Mars you will be very well rewarded. Don't go on a spending spree. You will get hurt.

Take care when you drive on the road during the last five or six days of April 2013. There is a mishap just waiting to happen and you will get a traffic ticket. Catch a ride or go on the bus if you are out socializing,. If you want to travel on the 30th be prepared for delays.

Take care on the 2nd and 3rd the 9th and the 16th Be particularly cautions on the 18th and 19th and be prepared for a slight injury on the 19th. The 21st will have you feeling and sluggish and tied and don the 23th you will have a full blown cold if you are not careful. The 30th is not any better and now is the time to just sleep.

Yet you will have an awesome day on the 6th and 7th plus the 8th and 11th. The 12th brings in new insight into a situation and the 17th, 20th, 22nd and 29th are very rewarding in relationships, work, and finances.