Horoscope for September 2015 for Aries 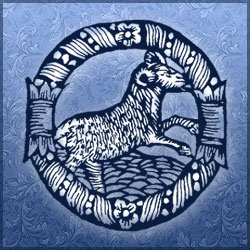 In September 2015, the Aries will demonstrate to the world that he is a one-piece, self-sufficient person, able to stand up for themselves and help others. You will cast aside you vital husks, which were used to turn around, looking for protection from life's troubles, and leave only with true feelings and treasured memories. You will become kinder and more tolerant to other people, which is sure to please your friends, relatives and colleagues. Despite the positive changes, the Horoscope advises other zodiac signs do not delude ourselves about the Aries, because the harmless kindness does not guarantee the absence of poisonous spines. You will not tolerate ridicule and harassment at your own expense, so the unreasonable aggressor will bitterly regret that they wished to assert themselves at your expense. Perhaps, with such a lack of fear of confrontation, the Aries can only immortal or crazy people, so the rest are better making a fake passport and getting a one-way ticket to Mexico. In September 2015, the Aries will be configured to confrontation, battle and victory, so in the love opera he will demand the leading parts. In early fall, you might prefer to be in the role of a thief of hearts and a molder of opinion, not a shy, timid lover. Those pairs in which there is a long-established relationship and which do not require any repairs or heating, will get stuck in small household chores for the entire duration of the month. Aries will be somewhat removed from his family affairs and may even begin to shirk their responsibilities, but do not rush to accuse them of indifference and cooling. The fact is that this sign is terminally bored when things are going well and smoothly and the surrounding has long been subdued, accustomed to order and not requiring a demonstration of passion or love. You are likely to come away with your head in the work and do this in the most fanatical way. The Aries will shoulder the heaviest projects to keep the calm from settling in his soul. All the energy you will spend in the office, only to appear at your doorstep later in the evening, hastily swallow dinner and fall face first into the pillow, with no signs of life until the next morning. The Horoscope advises us, despite all the stress and busyness, not to forget those who are waiting for us at home. Of course, no one will provide us with a letter of commendation for helping people and paying close attention to our households, but love and warmth in the family will be more than just the walls. In September, the stars warns the Aries that a change in of harbor in the fall season is a risky move, because the seas are now raging storms and thunderstorms. In such bad weather you are likely to grab the log trying to save yourself, which in real life will be ... a log. If you do not want to drift in an embrace with an inert and sluggish lover, then put off major decisions until a more favorable period.

This fall, your career niche is innovation. If you continue to act on the thumb, you'll be sitting on an old post with your old salary. Do not be afraid to take on unusual tasks and dabble in related areas, it is only on a fallow field that there is a chance to dig up the treasure and get rich. The only thing that can bring down the Aries in this period is a wrong assessment of the enemy. Remember that it is better to overestimate future complexity than underestimate it. Even if you fancy yourself a shark in big business and competitor is a fried shrimp in the best case, it is still not necessary to put a cross on them and pour champagne into the victory champagne glasses in advance. Sometimes the little creatures are found to have sharp teeth and poisonous spikes, capable of paralyzing and incapacitating large opponent. September is a time of the cautious and circumspect dealers. Do not let the surrounding find you in some moment as a hypochondriac reinsurer, instead assert your well-being and authority.

At the beginning of fall, gossip and private conversations will begin to swarm around Aries. Madame Fate is not just testing the representatives of this zodiac sign for decency and generosity. In the coming period, you will discover many interesting things on the boards, and some will even want to share the findings with the authorities in order to secure the bonus points in the advancement of the career ladder. The Horoscope advises us not to change a clean conscience for a big payday, because everything said in this month is capable of boomeranging back and giving us a good blow to the neck. Gather yourself into a fist, buy earplugs and ignore the office gossip and whispers. In September 2015, there is only one way to stay in the win - work with 100% certain return, all other tactics is nothing more than a diet of water and lemon juice: the result is there, but side effects overlap the achievements.