Horoscope for June 2015 for Scorpio 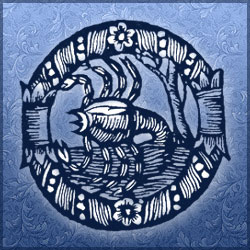 June 2015 - is one of those rare months when Scorpios do not bother to conquer the world and turn their attention to family matters. However, those people who know firsthand about the hard nature of this zodiac sign, predict a difficult period in advance, and are absolutely right! The problem is that Scorpio does not do anything by halves, so trusting him small tasks and secondary missions is impossible: the point is, he will perform, but along the way will turn around the entire planet and invent the atomic bomb. If you take the normalization of weather in the house for a noble cause, the result is often the output of something dramatic like "Romeo and Juliet" and "Fathers and Sons." No wonder that, having decided to move closer with relatives in the beginning of the summer, the Scorpio will want a sub war or will be in the role of an Indian cornered with an ungracious paleface on the reservation.

The Horoscope advises its poisonous wards not relate to the issue of strengthening family ties as just another business project, which takes a long time and hard work. Relations are managed easily and quickly, so do not force your brain to endure a lack of sleep by rising early Sunday morning from the bed. If something is truly native and unitive for your sign, it is resentment toward authoritarian behavior and your desire to metaphorically get back into the arms of Morpheus. Scorpio, wondering how to spend his free time, should be advised not to fall into Western psychology or search for advice on an external website. Instead, spend your time with the members of your family, because you need to exercise your relationships with them. Everything can be delighted with the walks in the park or cooking classes, but this does not mean that you need to fight heroically with nausea on the Disneyland rides or harass food at the stove. Perhaps the perfect pastime in the eyes of your family - is chips, television and crosswords.

The stars warn particularly oppressive Scorpios that in June they will be faced with a revolt on the ship. Your other household members get tired of playing the role of obedient puppets and will rush recklessly into your mind and contradict you. Take criticism calmly and do not let sneering remarks knock you off track. From the fact that you splattered your opponents with saliva from head to toe, or left slamming the door so that it fell apart into two halves, the rightness in your words does not increase. Your family deserves to live not under pressure and have their own opinion, so to convey your point of view to them gently and tactfully as possible. Loving Scorpios devote much time to their elected lovers and trips to the left will appear to them to be a waste of money and effort. In June 2015, a representative of this zodiac sign will be pragmatic and will rather buy a plot of cucumbers on Mars than pay the restaurant a bill that is too high. No pretty girls hoping for a quick one-time sex. Now you are set for a serious relationship and sincere feelings, and therefore you will not rush to become a surrogate for fast food.

In the early summer, on the desktop of Scorpio perfect order will reign, which is an accurate reflection of the order in his brain. Each step will be carefully considered, planned and computed so that catching the poisonous arthropod unaware will be extremely difficult. The Horoscope advises the Scorpio that while building Napoleonic plans, do not forget about the little things that accidentally fell into an ideal mechanism, do not allow them to stall the entire process. Carefully read that fine print and do not spare time checking the report, even if it seems simple as ABC. The coming month is characterized by increased employment for venomous arthropods. For successful completion of the cases you will have to split in two and become omnipresent, omniscient and penetrating everywhere, going into every detail of the project and monitoring all employees. Some zodiac signs will find it to be an almost impossible task, but for Scorpio it is quite real. Peering closer to routine matters, you can avoid many mistakes and blunders.

In June 2015, the people of creative professions await a sharp rise. The ability to think outside the box and see new shades in the usual components of our world will help you achieve recognition of your talent. Scorpios mean business this summer, and not just competitors will be surprised by your nontrivial steps and innovative solutions, and not just colleagues will reveal an envious sigh, looking at the results of the representatives of this zodiac sign. Do not waste your bestowed fate on petty squabbles inspired by fellow office bondage. Instead, throw all their forces to conquer new territories. Now you can move far ahead in the eyes of the authorities and gain ground at that height, which a year ago and you did not dare to dream. In June, the focus on the home and let others understand who is in charge here!